Send your submissions to webmaster@deathinjune.org 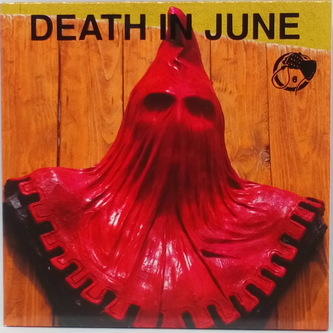 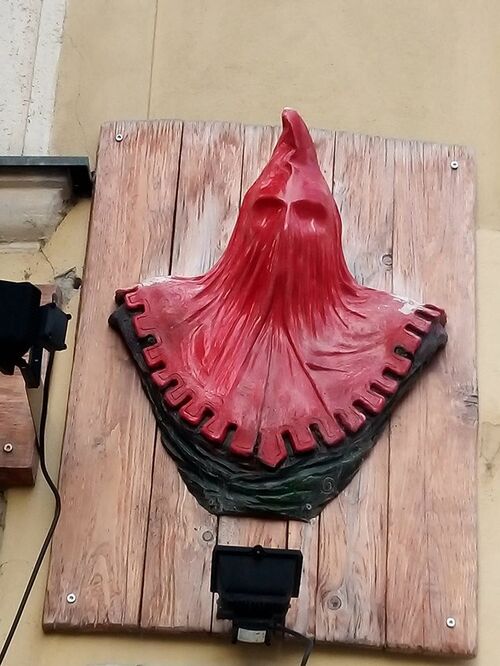 Jan Mydlář (1572–1664) was a 17th-century executioner from Prague. He is mostly known for his performance of the 1621 execution of 27 Bohemian Revolt leaders, and is remembered by his red hood-like mask he donned when performing his executions.

The executed men were primarily Protestants, though one man was a Catholic. They had organized an uprising against the Habsburg Emperor Matthias and later Ferdinand II.

On 21 June 1621, between 5AM and 9AM, 27 men were executed. With four sharpened swords ready, twelve were beheaded and fifteen were hanged. The beheaded ones had their heads displayed on the Prague Old Town Bridge Tower. The execution was unprecedented, not only in its magnitude, but because the condemned were men of high importance, representing various ranks of the Czech society and  Professions—noblemen, scholars, burghers, businessmen, etc. The execution was followed by reprisals against Protestants in Bohemia.

Mydlář is the central character of a 19th-century novel by Josef Svátek. According to this story, young Mydlář became an executioner because of a disappointment in love, just before graduating from medical school. 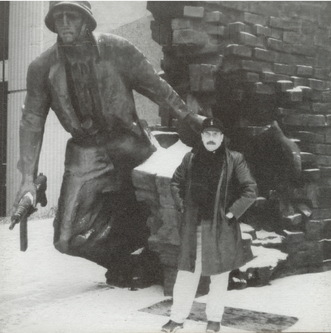 Warsaw Uprising Monument (Polish: Pomnik Powstania Warszawskiego) is a monument in Warsaw, Poland, dedicated to the Warsaw Uprising of 1944. Unveiled in 1989, it was sculpted by Wincenty Kućma and the architect was Jacek Budyn. It is located on the southern side of Krasiński Square.

THE RULE OF THIRDS

7.The photographic session for TROT is very curious with this odd skeletal man on the cover.

Yes, my partner Morris, who has taken the majority of Death In June promotional photos for the past decade, and I decided to drive South of Fort Nada where we live in South Australia as we had heard of an interesting art installation consisting of wood-like men that had been placed in the vineyards down there. After driving 4 hours we suddenly passed some of them on the side of the road. It was getting towards dusk in the middle of last Winter and in that fading light these almost 3 metre high figures  there were 6 different ones in total – made for a really imposing sight and a perfect photographic opportunity. Their appeal was immediately European. Immediately Pagan. They called to me instinctively and the emptiness and sparseness of these Vinemen fitted the imagery of The Rule Of Thirds perfectly. Symbolically they were correct! Even the logo of the Winery whose vineyard they were in was a large Wolfshook  like Z!! We were meant to be there. We took more photos the following day at dawn to capture the bleak golden light of Winter and talked to the Winery about buying 2 of the Vinemen. Some weeks later the Norwegian/Australian artist who made them purely from the vines of the vineyard sold 2 to us and they are now in the garden of Fort Nada. Everything worked out really well for that photo shoot. It was a perfect coming together of ideas about The Rule Of Thirds. It was the completion of the album. 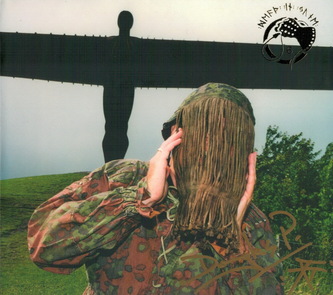 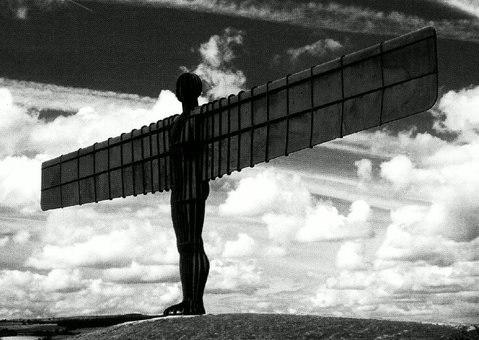 Angel Of The North statue, England

Completed in 1998, it is a steel sculpture of an angel, 20 metres (66 ft) tall, with wings measuring 54 metres (177 ft) across. The wings are angled 3.5 degrees forward to create, according to Gormley, “a sense of embrace”. The angel, like much of Gormley’s other work, is based on a cast of his own body. It is Britain’s largest sculpture, and is said to be the largest angel sculpture in the world.

The artwork stands on a hill at Low Eighton in Lamesley parish, overlooking the A1 and A167 roads and the East Coast Main Line rail route, south of the site of Team Colliery.

The Vimoutiers Tiger tank is a World War II German Tiger I tank on outdoor display at Vimoutiers in the Orne Department, Normandy, France. The tank was abandoned by its crew in August 1944 during the latter stages of the Battle of Normandy. Originally resting in a ditch by the side of the road, it was bought by the local commune and put on display in 1975. It is listed as an historical monument. The Tiger tank is in poor condition after being on outside display for over 75 years.

ALL PIGS MUST DIE

“A visit to Fairyland Village is a trip back to the past as well as a reunion with the characters of the immortal fairytales. Follow a winding trail in a natural bush land setting to discover a collection of quaint little cottages. Each life size theatrical setting combines an amazing array of antiques with a favorite fairy tale. First established in 1974 and privately owned for over forty years.”

The park & the property are currently for sale. 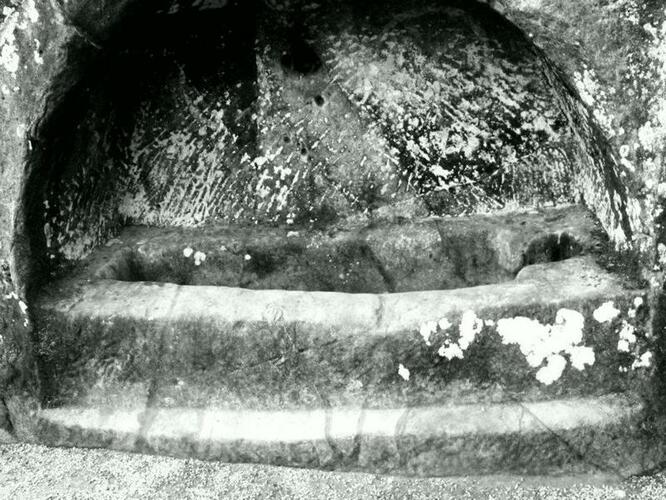 Used on the cover of Take Care & Control

The Externsteine [ˈɛkstɐnʃtaɪnə] is a distinctive sandstone rock formation located in the Teutoburg Forest, near the town of Horn-Bad Meinberg in the Lippe district of the German state of North Rhine-Westphalia. The formation is a tor consisting of several tall, narrow columns of rock which rise abruptly from the surrounding wooded hills.

Below the side chamber, next to the pond, is the so-called Sargstein (tomb stone). An arched alcove with an open stone sarcophagus at the bottom has been cut into the sandstone. This is a type of structure known as an Arcosolium. On top of this rock is a platform reached by an uneven stairway.

It is supposed that this statue photo was taken in Sydney, Australia.

BUT, WHAT ENDS WHEN THE SYMBOLS SHATTER? 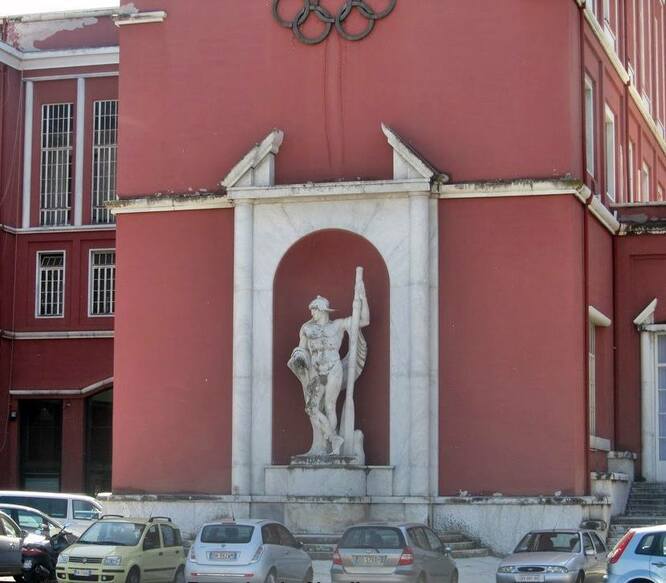 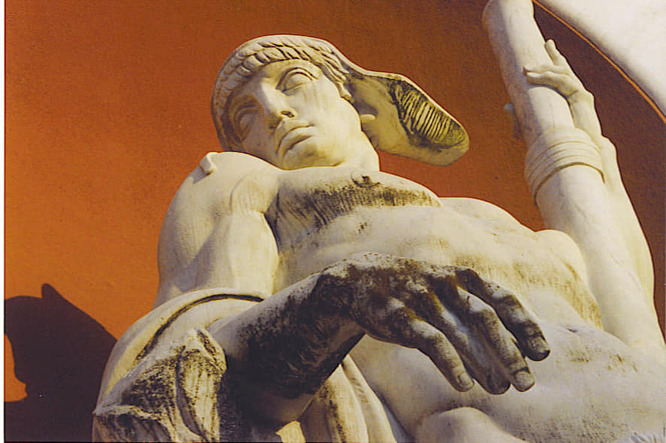 Used on the cover of “But, What Ends When The Symbols Shatter?” 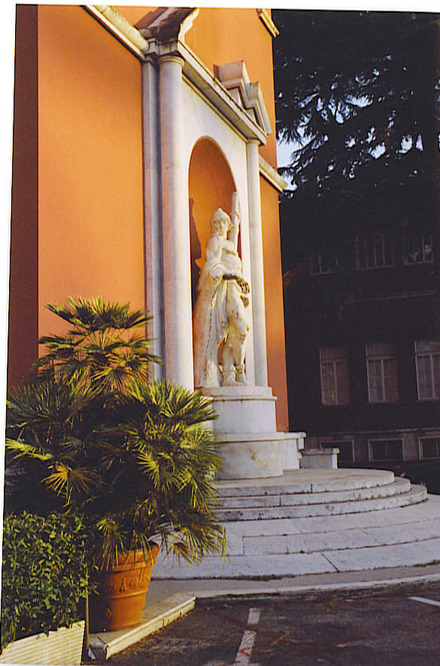 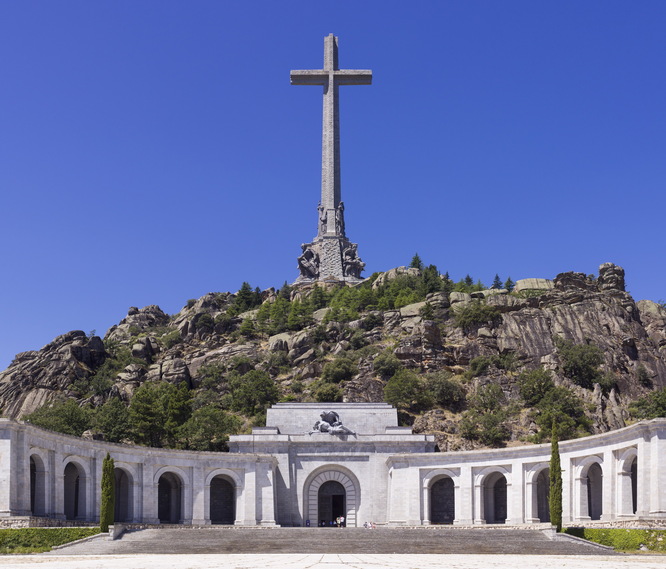 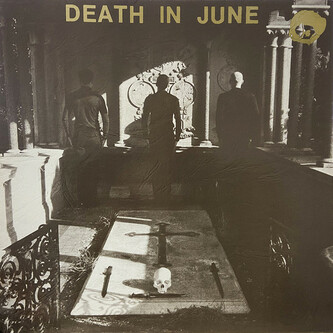 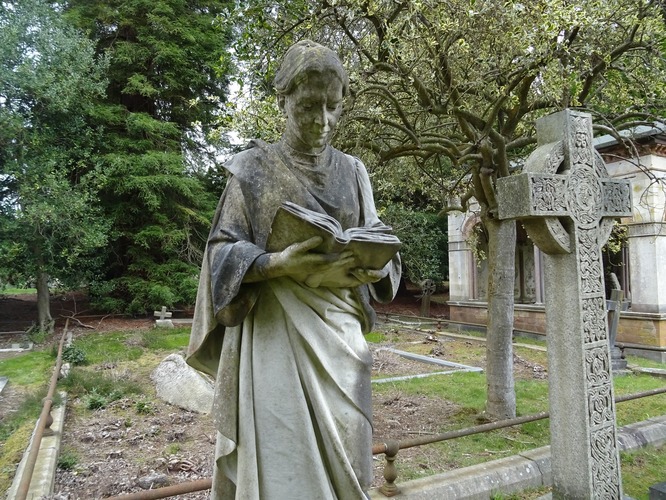 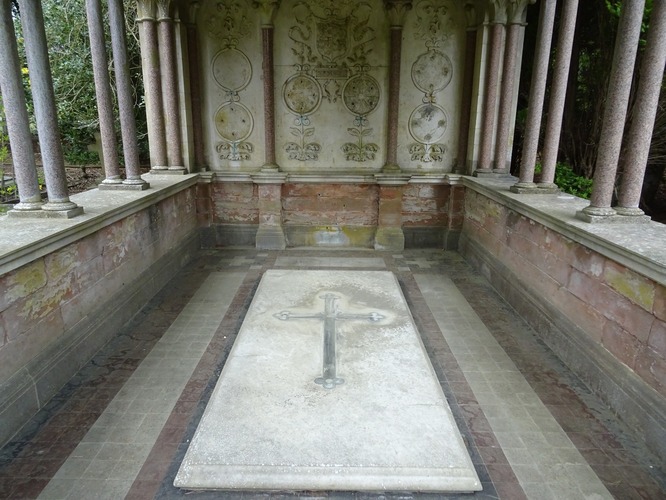 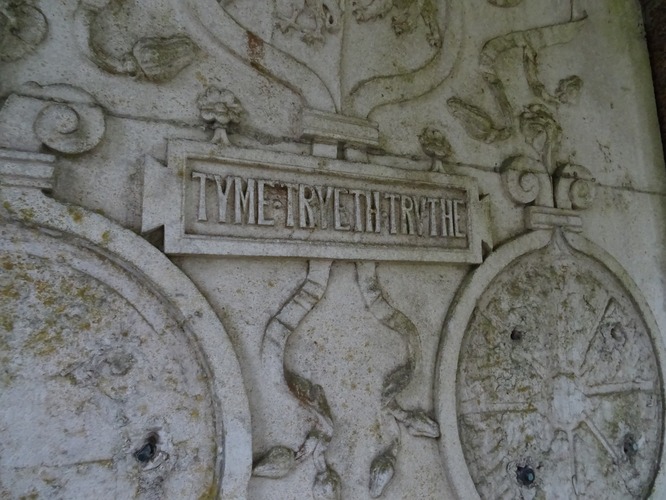 THE GUILTY HAVE NO PRIDE

Taken in Jersey, with the Marine Peilstand 3 tower, or MP3 tower, in the background.

Part of the Battery Moltke, in Les Landes, north-west of the Jersey island.