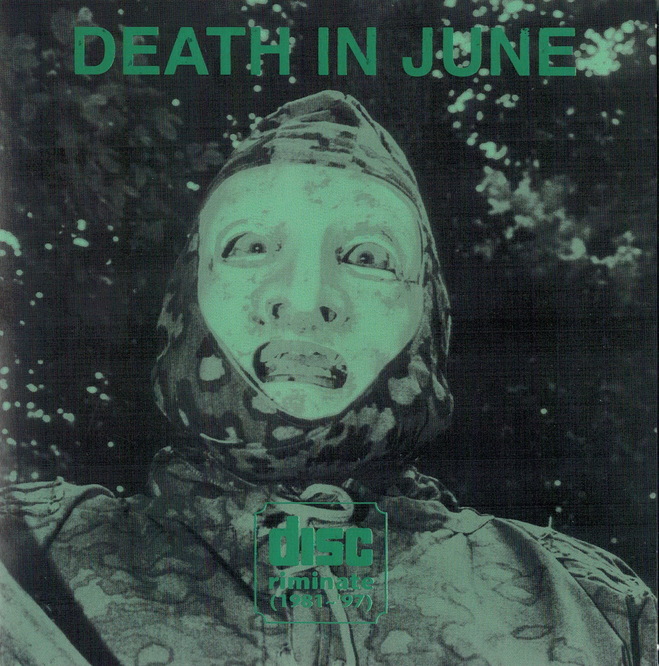 This collection of tracks, “a compilation of personal choice”, was put together by Douglas P. to be sold during the 1997 Death In June U.S. tour. However, the CDs were lost in transit and never made it to most of the shows. Consequently, the CD was then sent to a few select distributors for regular sale. The original edition in a green cardboard wallet was limited to 1000 copies. The following year (1998), 500 more in a sky blue sleeve were pressed up afterwards for sale only on the 1998 European tour and by mail order. The third version, a brown sleeve made in an unlimited edition, was released in 2000 in conjunction with Tesco Organisation. In this edition the CD’s are packed in single cardboard sleeves and put together in a cardboard box. Included is a 4-page booklet.

Original tracklist (same on all versions) :

This is the 2001 edition released under Nerus. For this edition the CD’s are each packed in single cardboard sleeve and put together in a Lime Green foil-blocked slipcase. Included is a 12-pages full color booklet. Track list on the sleeve of CD1 lists 14 songs but there’re actually 15. “Rose Clouds Of Holocaust” is missing from the list.